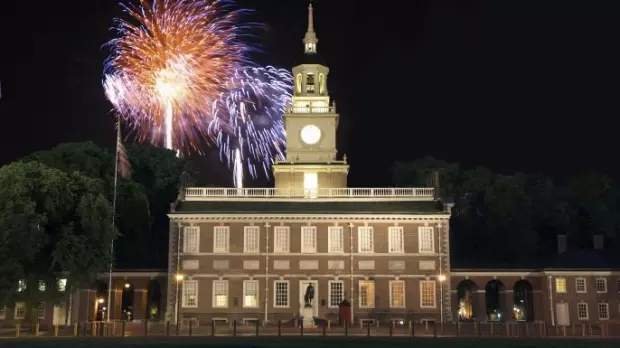 As Americans we all know the history of the birth of this country. But familiarity can generate complacency. It is one thing to read about the Continental Congress, the authorship of the American Constitution (arguably one of the greatest mission statements of social justice in human history), and even the unprecedented collection of genius involved in these achievements. But we need to recognize that these events were so unprecedented in history that it is difficult, even now, to contrast the achievements against any others since.

Those “free thinkers” had such courage and commitment to “these truths”, “self-evident”, that they were willing to take up arms against one of the most powerful nations on the planet in order to see the dream of a United States of America become reality. It was brash, even ostentatious, and yet it actually happened and succeeded! We are here as proof.

Helluva thing. And they were just getting started.

So how does anyone follow that? How about by sustaining and growing the new nation and its economy? That is more easily said than done. Here we pick up the story of Bourbon again.

The new nation was composed of the strong, the brave and even the brilliant…but not the wealthy. Keep in mind that most of the new settlers had little and risked it all, even their young families, on a dangerous voyage across the sea just for a chance to acquire some land and create a new life in America. These were not wealthy people, quite the opposite. But a war of independence waged against powerful England required soldiers, supplies, weapons and money, lots of money.

That money had to come from somewhere.

A significant financier of the revolution was France and its wealthy families. Many of those families had reason to see the US gain its independence. One of them was the French family Bourbon (approximately pronounced: Bore-bow). In gratitude for their support of the war, several landmarks and features in the new country were given that family’s name, including a large region of the very large Virginia Territory, and also a street in New Orleans. That family name will eventually have an impact on corn liquor, but hang on. American liquor needs to evolve a bit more first.

Corn was already being turned into a distillate in the 17th century. It was drinkable, but pretty rough tasting. Its producers began experimenting with ways to make it a smoother drink. Though it is not clear who first started aging it in charred oak barrels, many venerable and established modern distilleries lay claim to being the pioneers of that aging process.

Another key ingredient in the evolution of American whiskey may be traced to the origins of the corn most commonly used. Once the vast region of the Virginia territory was parsed into several states, Kentucky being one, a county within that state retained the name “Bourbon County". But the territory originally called "Bourbon" was very large, and the whole region continued to be referred to as “Old Bourbon”. (In fact the state of Kentucky could easily have ended up with the name "Bourbon" instead.)

That region produced exceptional corn (partially due to large limestone filtered underground aquifers). This rich corn was perfect for making corn liquor. Once the resulting distillate was sealed in charred barrels (oak was found to work best) for aging and shipment, common practice was to stamp the location of origin on the barrel. So the barrels were stamped with the name “Old Bourbon” or sometimes just “Bourbon”.

The quality and yield of the corn allowed prodigious amounts of this new liquor to be produced in that region of the country. It was becoming popular in broader markets, and these new markets saw the “Bourbon” name stamped on the shipping barrels that they received. Here was a nice, short, distinctive name for American whiskey.

There is, however, a competing story explaining the origins of the name. It comes from Bourbon Street  in New Orleans and is heavily debated among Bourbon historians. Many French settlers lived in New Orleans. They missed their cognacs from France and found the corn liquor aged in charred wooden barrels was somewhat similar to cognac. Thus the new American whiskey, irrespective of where it was made, became popular in New Orleans. Since many of the drinking establishments serving this new liquor were located on Bourbon Street, the hometown favorite acquired a local name. Kentuckians pay no heed to this story. New Orleans advocates likewise give little credit to Kentucky.

And what about Tennessee whiskey? It is Bourbon, but do not say that to a Tennessean unless you want a fight. Seriously, Tennessee whiskey uses the same process and components as Bourbon and technically could be called Bourbon. There is one production deviation, but most important: it does need to be made in Tennessee.

That brings us to an important common misunderstanding: Bourbon was never required to come from Bourbon county or even from Kentucky. In fact it was not until a 1964 declaration of Congress that Bourbon even had to be made in the USA. Now if the bottle says Kentucky Bourbon, then it obviously it has to be produced in that state. But there are high quality Bourbons being produce by distilleries all across America, and that has been so for many decades. Recently South Dakota established its own Bourbon distillery (Badlands Distillery in Kadoka – check them out).

Interestingly, Congress even goes on to officially codify the basic recipe for Bourbon (CFR title 27, part 5.22). But why would the US Congress get so involved in defining one liquor? That is another story. It involves a war overseas, prohibition, and organized crime. Sound interesting? Follow us into History of Bourbon, part 3.

"In The Beginning"
"Independence and Rebellion (in a bottle)"
"Criminals, Congress and other Charletons"